Interview bias: what it is and how to prevent it

13/06/2022
Read the thoughts of Grace Lau, Director of Growth Content in Dialpad, on interview bias. Hiring the best talent is crucial for every organization. 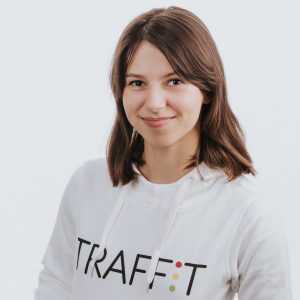 Read the thoughts of Grace Lau, Director of Growth Content in Dialpad, on interview bias.

Hiring the best talent is crucial for every organization. The interview is a major part of the hiring process. A CV can only tell you so much. By meeting a candidate face to face, you can begin to assess their qualities and expertise.

Do you think you’ve got the best hiring process? Think again. There are lots of small factors that influence a hiring manager subconsciously. Often without realizing it, recruiters make unfair judgments about candidates. This is known as interview bias. Many organizations suffer from interview bias and miss the chance to hire the best candidate and fill talent gaps.

But what is interview bias, and what steps can be taken against it? We’ll discuss that and more below.

What Is Interview Bias?

In life, when meeting new people, we make first impressions. These are often before we even start making conversation. Studies have shown that people form a first impression within seven seconds of meeting someone.

Similarly, when interviewing a candidate, a hiring manager may have some preconceptions. These aren’t always negative. A recruiter may form a positive impression, even if the candidate does not exhibit the right skills for a role.

There are lots of factors that can contribute to unconscious bias: a person’s accent, perceived lack of experience, or even if they have similar interests to a hiring manager. Don’t be mistaken. Interview bias is dangerous for an organization, potentially preventing them from hiring the best talent.

What Are the Different Forms of Interview Bias? Interview bias takes many forms. Some are less noticeable than others. Here are some types of common interview biases to look out for when interviewing a candidate:

When reading through a job application, a recruiter may find a certain quality that stands out from the rest. The halo effect, or halo bias, occurs when one factor outshines all others. Remember, one impressive quality does not necessarily make a candidate the right fit for a role.

Let’s imagine that an applicant for a customer service role has a strong knowledge of computers. While this is undoubtedly useful, it does not necessarily make them qualified for the role. They may, for example, have poor customer service techniques. Remember, you need to consider a candidate as a whole when hiring.

As the name suggests, this is the opposite of the halo effect. If an applicant has a negative trait, it shouldn’t necessarily outshine all other, more positive traits. Again, a recruiter’s view of a candidate should be based on all their attributes, not just their positive or negative qualities.

This is one of the most dangerous types of bias. Stereotype bias can cause an interviewer to reject a candidate based on their preconceived ideas about their race, religion, or gender. An organization should seek unconscious bias training to overcome stereotype bias.

An interviewer may have some interests and hobbies in common with a candidate. This can cause them to favor an applicant for a position – and here what takes place is similarity bias. Of course, just because a candidate enjoys the same TV shows or music as the recruiter does not make them better suited to a role.

If the candidate went to the same college as hiring managers, it can also influence their hiring decision – as it’s another example of similarity bias. Candidates who display similar traits to their team are often in a more favourable light.

To try to secure a position, some candidates will give pleasing answers to questions rather than answering truthfully. To identify this, a recruiter should not just listen for what they want to hear. Pay close attention to what an applicant is saying and ask follow-up questions if needed.

Failure to properly identify cultural noise can result in a poor hiring choice.

The interview stage will probably involve multiple candidates – employers interview an average of six candidates for every job vacancy they advertise. But one of the biggest dangers when dealing with several interviews is that you will compare applicants against one another.

For example, one candidate could perform poorly in an interview, while the next might perform moderately. A recruiter could view the latter more favorably than they should. For a balanced view, an interviewer should assess each candidate based on their own merits.

How to avoid interview bias

Hiring bias is a clear problem. Organizations can miss the chance to hire the best candidate, and applicants might not receive a fair assessment. But what can be done to reduce the risk of bias? Below are some steps your organization can take to ensure bias-free interviews.

Focus on talent, not experience Some of the biggest factors contributing towards interview bias relate to experience. The candidate’s age, their previous employers, or job roles can all be determining factors in hiring. Experience is not irrelevant, but ultimately, it’s a candidate’s skills that will determine whether they can do a job. For example, just because a candidate is from Generation Z does not necessarily mean they have fewer skills than an older candidate.

To hire the best talent, your organization should be shifting its focus away from experience and towards skills. Perhaps instead of asking for a resume, you should send candidates a skills test. This will provide you with a much better indication of whether a candidate is suited to a role.

A skills test can also reduce the amount of time that you need to spend interviewing a candidate. Average interviews usually last between 45 minutes and an hour and a half. This is time that could be spent doing other tasks.

You could even reduce time further by using a video chat or a voice call app to conduct an interview. This ensures that there are no transport or commute-related delays. Studies have even shown that video interviews are more effective than traditional methods.

If you already know a candidate’s skills, you will need to ask fewer questions and have a better understanding of their abilities. With a single recruiter, there is a much higher chance of bias. The obvious solution is to bring multiple interviewers to assess a candidate. Each recruiter can bring their perspective to an interview, reducing the risk of bias. While each interviewer may have their own biases, there is less chance of this problem surfacing with multiple recruiters.

A panel interview is a more reliable way of finding the best candidate. With a single hiring manager, a decision is based on the opinion of one individual. With a panel, you can ensure that applicants have received a thorough assessment. A great deal of interview bias comes from actually seeing a person; general appearance, body language, and race can all play a part in nonverbal bias. Before conducting a formal interview, consider making a quick phone call to your candidates.

Of course, many other aspects can inform bias. But a quick phone call helps an interviewer to get an understanding of a candidate without any visual bias.

Try to Avoid Any General Chat

It might sound rude but try to avoid chatting with any candidates. The more you get to know a candidate, the higher the risk of bias. So, try to avoid having a conversation about a candidate’s day-to-day life or family. Remember, you are interviewing them for one simple purpose – to find out if they are suitable for a role. Focus on asking the right questions. There will be opportunities to socialize if they are chosen to fill the role.

There are advantages to having some informal conversation before an interview. It can help to calm a candidate down so that they can perform more naturally. If you do choose to have a meet and greet with a candidate, make sure that it is with someone from outside the hiring process.

As human beings, it’s natural to want to act on impulse. But for a hiring manager, this is an instinct that needs to be controlled. All hiring decisions should be based on fact rather than feeling. If a candidate feels right for a role, first ask yourself why. What qualities did they exhibit that means that they will perform well as an employee? If you had an applicant complete a task, be sure to use test metrics to measure their success.

Sometimes, gut feelings can be useful, but by ensuring that they are backed up with evidence, you can make better hiring decisions.

Improve the Quality of Your Hiring

Your business may have many plans for success. This could include a winning marketing strategy and an appealing product, alongside personalizing websites to draw in more customers. But first, you need the staff to carry these plans out.

The interview process, however, is only useful if you’re finding the right employees. As we’ve explored, hiring bias can be destructive. With the right steps, however, bias can be reduced. This means you can feel happier with your hiring decisions, helping to guarantee that you’re bringing the best new talent into your organization.

The process of removing bias starts with simple steps. Make sure you’re providing the best environment for recruiters to conduct interviews and for candidates to perform. Provide a digital employee experience to ensure flexibility so that interviews can be conducted remotely.

Start reviewing your hiring process today to see what you can do to reduce the risk of bias.

Grace Lau is the Director of Growth Content at Dialpad, an AI-powered cloud communication platform for better and easier team collaboration for departments like a call center WFM. She has over 10 years of experience in content writing and strategy. Currently, she is responsible for leading branded and editorial content strategies, partnering with SEO and Ops teams to build and nurture content. Here is her LinkedIn.

Try TRAFFIT for free
Over 5,000 successful recruiters in 15 countries use Traffit. Now it’s your turn to join them.
Try it for free
LIKE WHAT YOU LEARN HERE?

Get our insights straight to your inbox – no spam, max 1 message/month

This website uses cookies to improve your experience while you navigate through the website. Out of these cookies, the cookies that are categorized as necessary are stored on your browser as they are essential for the working of basic functionalities of the website. We also use third-party cookies that help us analyze and understand how you use this website. These cookies will be stored in your browser only with your consent. You also have the option to opt-out of these cookies. But opting out of some of these cookies may have an effect on your browsing experience.
Necessary Always Enabled
Necessary cookies are absolutely essential for the website to function properly. This category only includes cookies that ensures basic functionalities and security features of the website. These cookies do not store any personal information.
Non-necessary
Any cookies that may not be particularly necessary for the website to function and is used specifically to collect user personal data via analytics, ads, other embedded contents are termed as non-necessary cookies. It is mandatory to procure user consent prior to running these cookies on your website.
SAVE & ACCEPT

Level up your
recruitment skills with TRAFFIT Campus!

A pack of 4 courses with the best experts in their fields.